Caffeinated Reviewer | The Woman at the Front by Lecia Cornwall

Lecia Cornwall has brought up a fascinating historical book of the First World War with a side of romance, when a determined doctor finds herself in a medic camp in France. Danger, romance and struggles of doctors made for captivating historical literature fans will want to read. 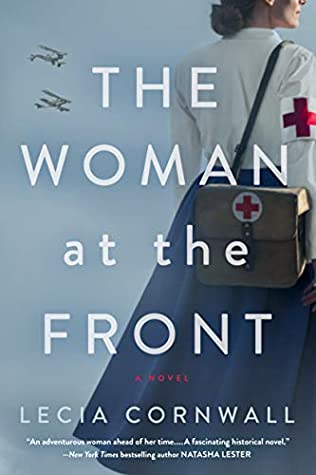 A bold young woman risks everything to pursue a career as a frontline doctor in France during World War I, and learns the true meaning of hope, love and resilience in the darkest times.

When Eleanor Atherton graduates from medical school near the head of her class in 1917, she dreams of going abroad to help the wounded, but her ambition is halted at every turn. Eleanor’s parents insist she must give up medicine, marry a respectable man and take her rightful place. While women may serve as ambulance drivers or nurses at the front, they can not be doctors – this job is too dangerous and scary.

Despite this, Eleanor is determined to contribute more than to sit at home and knit for the soldiers. When an unexpected twist of fate sends Eleanor to the battlefields of France as a private doctor of British age, she seizes the opportunity for what she is – the opportunity to finally prove herself.

But there is a war, and a casualty evacuation station close to the front lines is an unforgivable place. Faced with skeptical commanders questioning her skills, dozens of wounded in need of treatment, her family’s futile efforts to bring her home and a blossoming romance, Eleanor must decide if she’s brave enough to break the rules, face her darkest fears and take the chance to win the career – and love – she always wanted .

I love historical literature around World War II, but rarely come across those that take place during World War I, so I was happy to download The woman at the front. We meet Eleanor Atherton, the daughter of a local doctor and a recent medical school graduate. Eleanor is the daughter of the local doctor, and although she excelled in medical school, her father and the village, would not agree to have a doctor. With a war raging, it seems that the government also does not want its help. Eleanor, frustrated, accepts the offer to travel to the front lines to cure a titled son and bring him home. The evolving story shares the horrors of the paramedic teams on the front line and the war alongside a story about Eleanor’s women’s efforts and courage. Inside the story is wrapped a simple and beautiful novel that will draw readers inside.

It took a while for the story to stabilize, as the author shared the family story, and Eleanor’s determination to make a difference. Once we got to France, I found myself completely immersed in the story. Eleanor finds her patient uncomfortable, the head nurse takes care of the rules and the doctor in charge is angry about her presence. However, Eleanor endures and slowly becomes a central part of what happens when they find themselves out of team.

Eleanor meets Sergeant Fraser McLeod, carrying a stretcher at the train station to which he returns accompanied by a wounded soldier. He helps her get to base camp and the two become friends. There is a spark there and we see the flame flickering as a doctor and a colleague show interest in it as well. I found that the romance shed some light on the story as the author brought up the struggles, injuries and hardships the men and women faced as they tried to save the wounded. I was looking for the underdog in the romance department and Cornwall kept guessing that things seemed tough.

While the war and injuries played a big role in the story, it was the characters that made this story shine from the grim head nurse to the privileged pilot and the title holder. The author brought everyone to life in a living 3D from their fears of the growth we see and the impact Eleanor had on everyone. The romance was worth fainting and gave me something to root for.

Women equality, war, family, love and loss were all relevant issues, and I found myself completely immersed in the story. Although war can never offer a truly happy ending, I ended up closing the book with a smile. I look forward to reading more from this writer.

The Woman at the Front by Lecia Cornwall was delivered from fascinating stories to moments at the front. #Historical Fiction #World War # Fiction Click to tweet

Lecia Cornwall writes historical romance and historical fiction. She lives and writes in Alberta, Canada, at the foot of the Canadian Rockies, with four cats, two grown children, a crazy chocolate lab and one very patient husband. She is working hard on her next book.

Kimberly is a coffee-loving book addict who reads and listens to fictional stories in all genres. Whovian, Ravenclaw, Howler and the proud Nona. She owns and manages PR containing caffeine. The cafe is always open and she is ready to chat.