Choose Your Own Sex Adventure

Submitter: This book is a “choose-your-own-ending” type of book about dating, but with a heavy religious theme, full of fear, shame, and judgment; and putting all the responsibility on the girl. In my opinion, it has no place in a public library to begin with, but it’s been sitting on my library’s YA shelves since 1990, even though it had not been checked out in over six years, and only a few times total. The cover art is horrendous, the girl looks like either a mannequin or corpse, and the story is even worse.

Stacey has her first serious boyfriend and is faced with deciding to have sex. In some of the paths, she ends up pregnant, and may have an abortion, give up the baby, or keep it. She may or may not marry the father, may or may not finish school. The ending that caught my eye was the one where she went to college and started dating a nice Christian boy, but then he dumps her when he finds out she’s not a virgin. But she does not blame him, she just wonders if she will ever find anyone to love her. You know, now that she’s damaged goods and all. Just gross!

Holly: That’s a new one: Choose your own sex adventure. 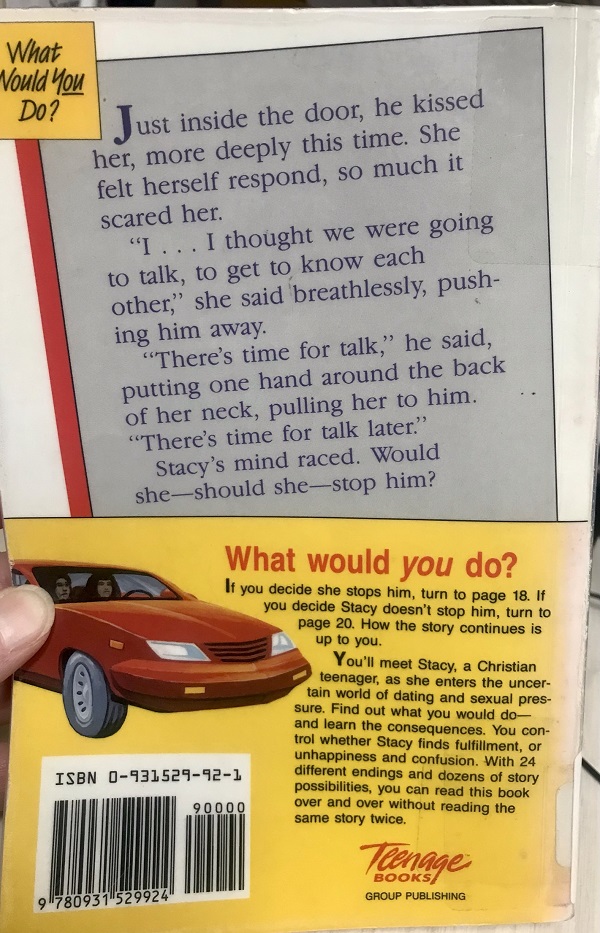 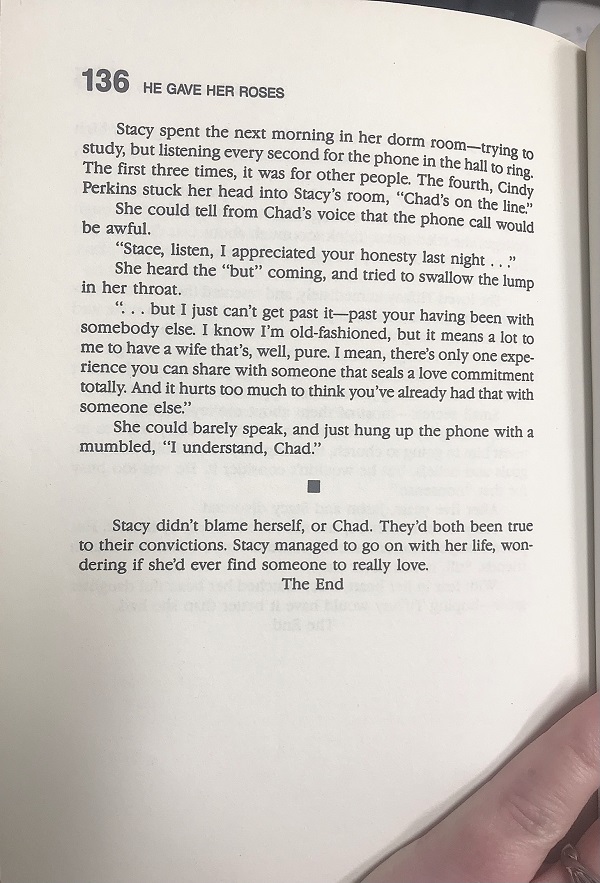 How do you lose those 9th grade bluesDeClements1984 Today's selection...
assault

My mom is dating a creep – Friday Fiction

My mom's boyfriend and IYaakovi1987 This headline made me shiver....